Our membership brings together everything you need to keep your pet health - all for just £23.50 per month per pet!

A former NHS physiotherapist who spent almost two decades treating humans is celebrating after being recognised for hitting the same high standards in the veterinary world.

Gillian Leung, originally from Glasgow, has achieved her Postgraduate Masters in Veterinary Physiotherapy from the University of Liverpool after nearly four years of study.

She will now be putting her new qualification to the test at Pets‘n’Vets!

Gillian’s masters is one of only two courses in the UK recognised by the Association of Chartered Physiotherapists in Animal Therapy.

She said: “I’m absolutely delighted to have achieved my masters after four long years of study. 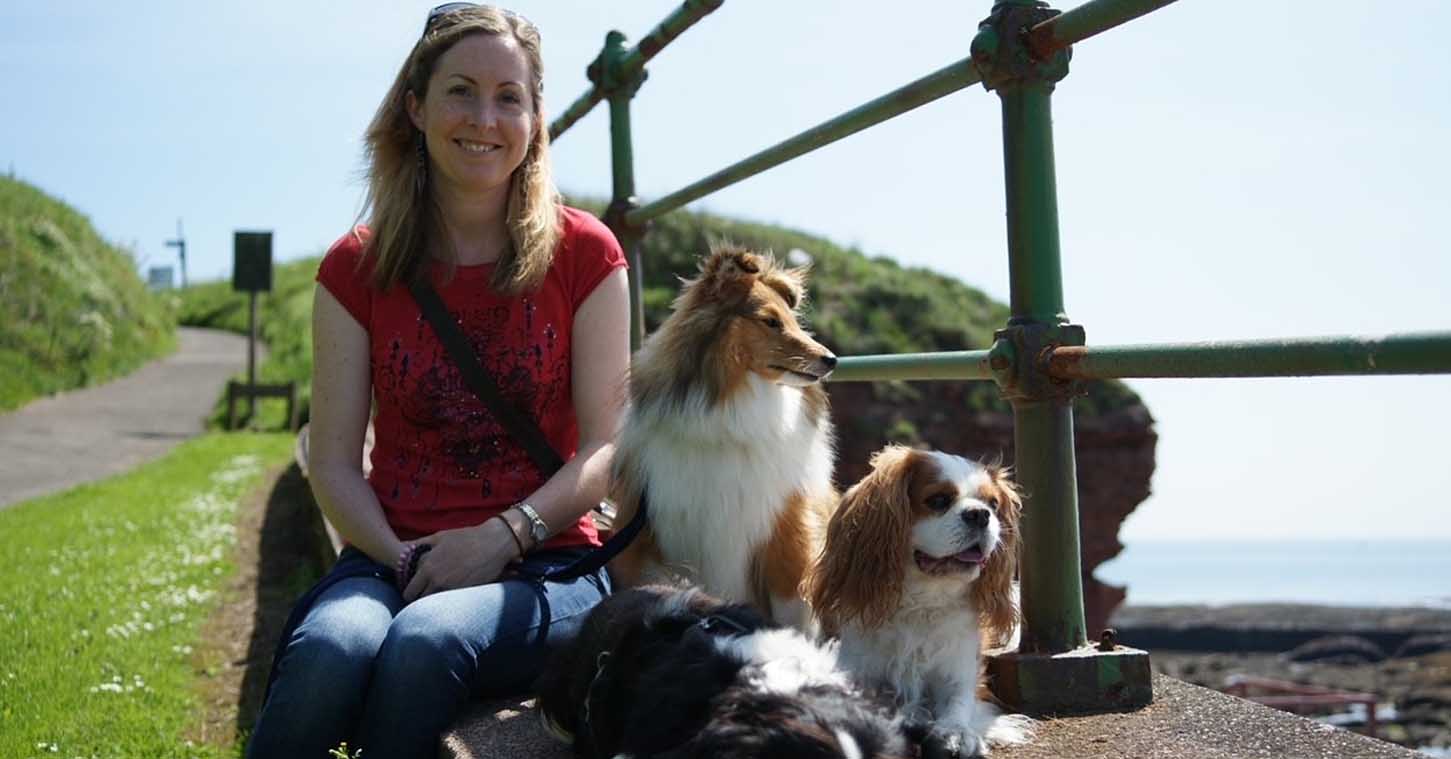 “I have had dogs all my life and they really are my passion. My own dog, Tess, is the inspiration for my switch from human to animal physiotherapy and is also how I originally became a client of Pets‘n’Vets.

“I’m very grateful to the team at Roundhouse for their support, as well as my canine helpers Tess, Riley and Shetland Sheepdog Leo for being willing study partners and demo dogs during my studies!”

Gillian, who moved to Edinburgh with her family in 2018, said there were lots of transferable skills and knowledge from working with humans but some subtle differences, too.

She added: “I had to ‘unlearn’ some of my training for treating humans and learn a whole new approach to treating animals – the major difference is obviously a person can tell you what’s wrong and where but an animal can’t!”

Pets‘n’Vets clinical director Ross Allan said: “Gillian is a huge asset to our team at Roundhouse Veterinary Hospital and we’re delighted her hard work and diligence has paid off with this qualification.

“It’s a genuinely innovative service she has established at the practice and her new qualification will further enhance an already-first-rate offering.”

Inspired by our story? Find out about careers at Pets'n'Vets by viewing our vacancies.